Stivalaccio Teatro was founded in 2007 as a popular theatre company when Michele Mori and Marco Zoppello first met. In the same year they staged the show “Amori, medici e ciarlatani”, the company’s debut.  This pièce was re-produced in 2012 with a new cast and represented at Venice’s Carnival and in Bosnia Herzegovina. At the beginning of their careers they produced “Aspettando Palladio”, “Il furbo e lo sciocco” and “Pierino in fabula”, their first children’s theatre production. In 2013 the company was re-established with two new members, Sara Allevi and Anna De Franceschi. The four members share the same formation in physical-gestural theatre, based on commedias dell’arte, dances, new mimes and clowns´ techniques. Further they all four share the same vision of theatre:

“Our basic principle is the quest for a theatre which can speak to everybody. We would like to create a place where theatre is a synonym of community. We believe in wonder, in handicraft, in things which can turn into something different, we believe in the Word whch becomes Body and the Body that can speak. Hurray to the Laugh which recalls feelings and past memories, which breaks down walls and lets out our inner child..  We work for a popular theatre, populated with people, ideas, lights, of glances and glimpses and stories to tell.”

The company deals with four different fields linked to one another:  evening shows, children’s shows, acting training and festival organization. In 2017 the tour and marketing manager Federico Corona became a member of the company.

In the past years the company has been very active in the evening shows with 200 plays per year in Italy and Europe.

Our latest work is Cèa Venessia by Marco Zoppello, with Stefano Rota, co-produced with Teatro Stabile del Veneto and Operaestate Festival Veneto, debuting in 2020. The show has the sponsorship of the association Trevisani nel mondo and Veneti nel mondo and kicks off the launch of a book, published by La Grande Illusione.

Past productions include: The fury of Harlequin, co-produced with Teatro Stabile del Veneto, which was staged in the “Festival OFF” of Avignon in July 2019  (Chapeau D'ébène Théâtre) and Seeds, with neither infamy nor praise prèmiere in Teatro Studio of Scandicci (FI) from 17th to 19th May and debuted during the Festival “Primavera dei Teatri” of Castrovillari (CS). The show is produced with the support of La Corte Ospitale, Teatro della Toscana – Teatro della Pergola of Florence, Operaestate Festival.

An important work is ”The trilogy of comedians”, a productive project that is the story of two actors of the Commedia dell’arte, Giulio Pasquati and Girolamo Salimbeni. The show taps into classic literature and uses a new language of the popular theatre. The trilogy is composed of three plays: Don Quixote, tragicommedia dell’arte, Romeo and Juliet, love is a fool and The imaginary Invalid, the last journey (debuted in the Olympic Theatre of Vicenza on 27th September during the festival Conversazioni 2017 – 70° Ciclo di Spettacoli Classici, curated by Franco Laera).   All these shows are co-produced with Teatro Stabile del Veneto.

The new release in 2017 was Super Ginger!, a production of contemporary circus. It features a punk clown written and played by Anna De Franceschi, presented during the festival B.Motion Teatro at CSC Garage Nardini.

The company’s works in children’s theatre examine many important themes explained through traditional and modern tales. The current shows are The Beauty and the Beast, hosted at the festival “Maggio all’Infanzia” of Bari, Fee-fi-fo-fum, Hop-o’-My-Thumb and other stories and Spices’ dust (winner of the festival “Play with Food” 2015, Turin), Everybody jumps off the wall! (winner of the “Briciole di Fiabe 2015 prize”, Arezzo).

In 2020 the company produced Rapunzel, which gathered many artists, among them the choreographer Valentina Dal Mas and the puppeteer Ilaria Olivari.

The company is also proud to have presented a street theatre show: The Trumpets, because the company recognizes that this kind of art forms part of their story and training.

The company is still pursuing their exploration of the connection between street art, modern circus and commedia dell’arte.

Stivalaccio Teatro works for a dissemination of theatre and culture through courses and workshops for adults and children.

Every year,during the festival BE POPULAR, Stivalaccio Teatro organizes workshops with a host of renowned teachers from the international scene.

Further the company cooperates to train the students of the Teseo project, created by Teatro Stabile del Veneto and Theatre Accademy of Venice. At the end of the course the students present two shows under the direction of Marco Zoppello.

An important part of the company’s work in the territory is the organization of the following festivals:

During these years Stivalaccio Teatro has collaborated with many organizations and companies such as: 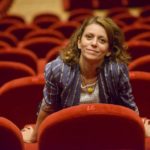 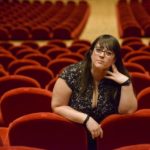 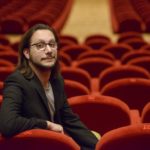 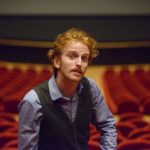 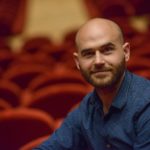 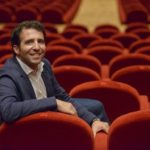 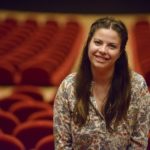 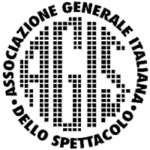 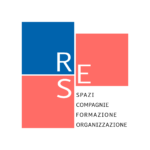