Somewhere, hidden in the middle of the snow, there is the “World Seed Bank”, built to preserve at least one specimen of all natural occurring seeds. It is a natural heritage of 84.000 specimens, guarded day and night from all enemy attacks. It will soon be Christmas Eve and three Italian soldiers are garrisoning the Base: Sergent Mario Zoppei, Latinist foreman, the PFC Mario Rossi, restless young man and Soldier Giorgio Morello, who can't live without his tablet. At the end of their very last day of service two eco.-terrorists attack the Base. Their names are Dalila and Patriza, two loose cannons in the snow, who are determined to free the plants from their concrete prison. “Seeds” is a ring, a fighting arena for runaway human beings, escaped from different circles of hell.

Uncommitted, phony, violent and wrathful people meet each other in this place to ask themselves some easy questions: do the ends justify the means? Who decides it? What is the lesser evil? Does the lesser evil exist?

“Seeds” is a grotesque farce for masks, where masks become a misshapen mirror of vices and flaws of life in the new Millennium. In particular the play analyzes the relationship between children and parents, and authority in general, modern use of the means of communication, the revolution of technology which is giving no sense to the concept of very near and very far and to the concept of deep knowledge and extreme superficiality. Nowadays the focus is on the values of the Individual and his/her way to throw them in the world’s face like a sawn off shotgun, ready to revolt against everything and everybody.

Our deformed and strongly-sketched characters are halfway between a cartoon and the satirical caricatures of 20th century Expressionism. They are small monsters who jostle to find their place in society, like the ancient masks of the Commedia dell’Arte. The masks of the Commedia still exist nowadays, maybe poorly hidden, and they are still here to represent and to parody each of us. This world is dancing on a knife edge between drama and irony, between sweet and bitter, laughter and sorrow, it is a microcosm based on conflicts and the impossible need to establish clearly the border between good and evil. 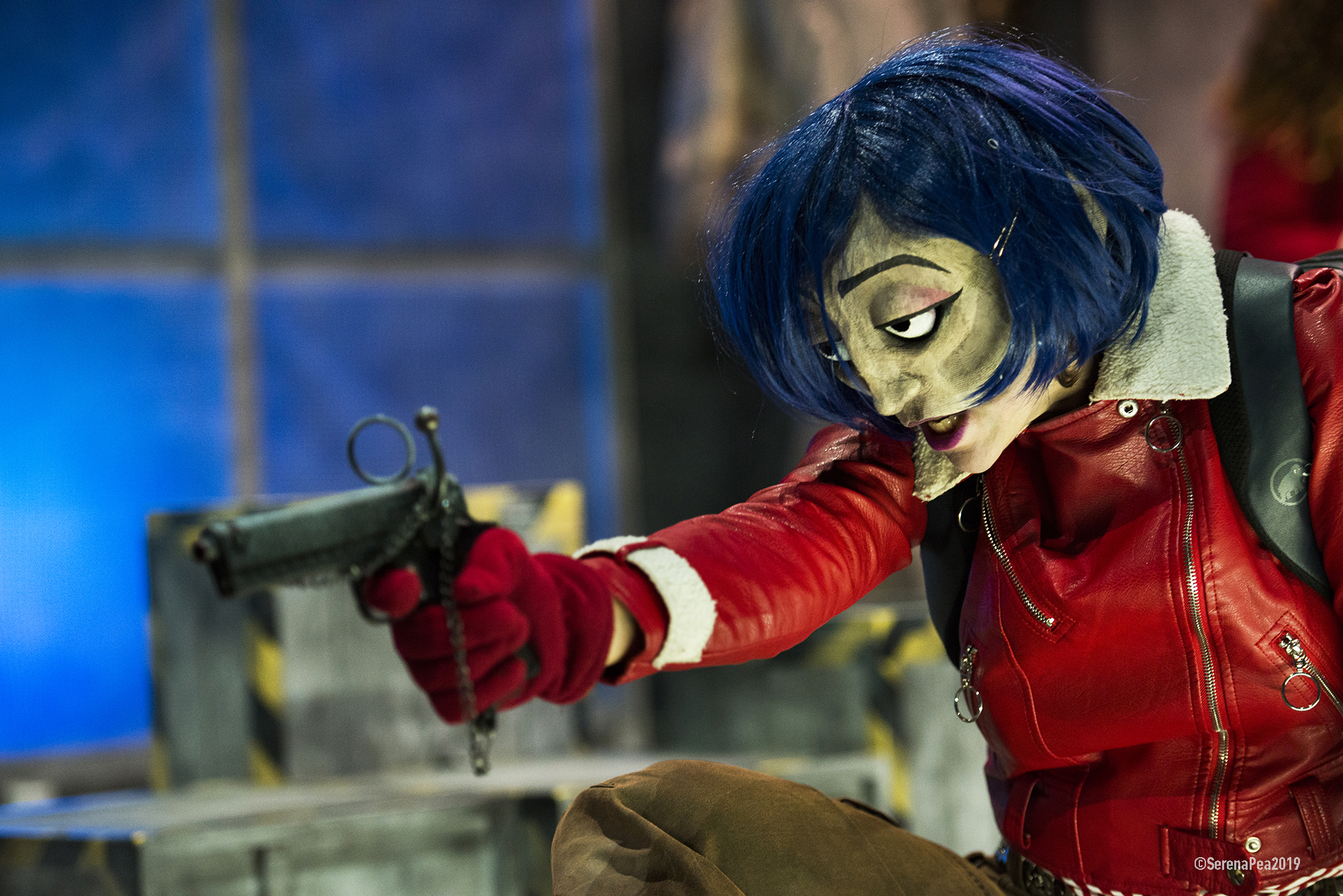 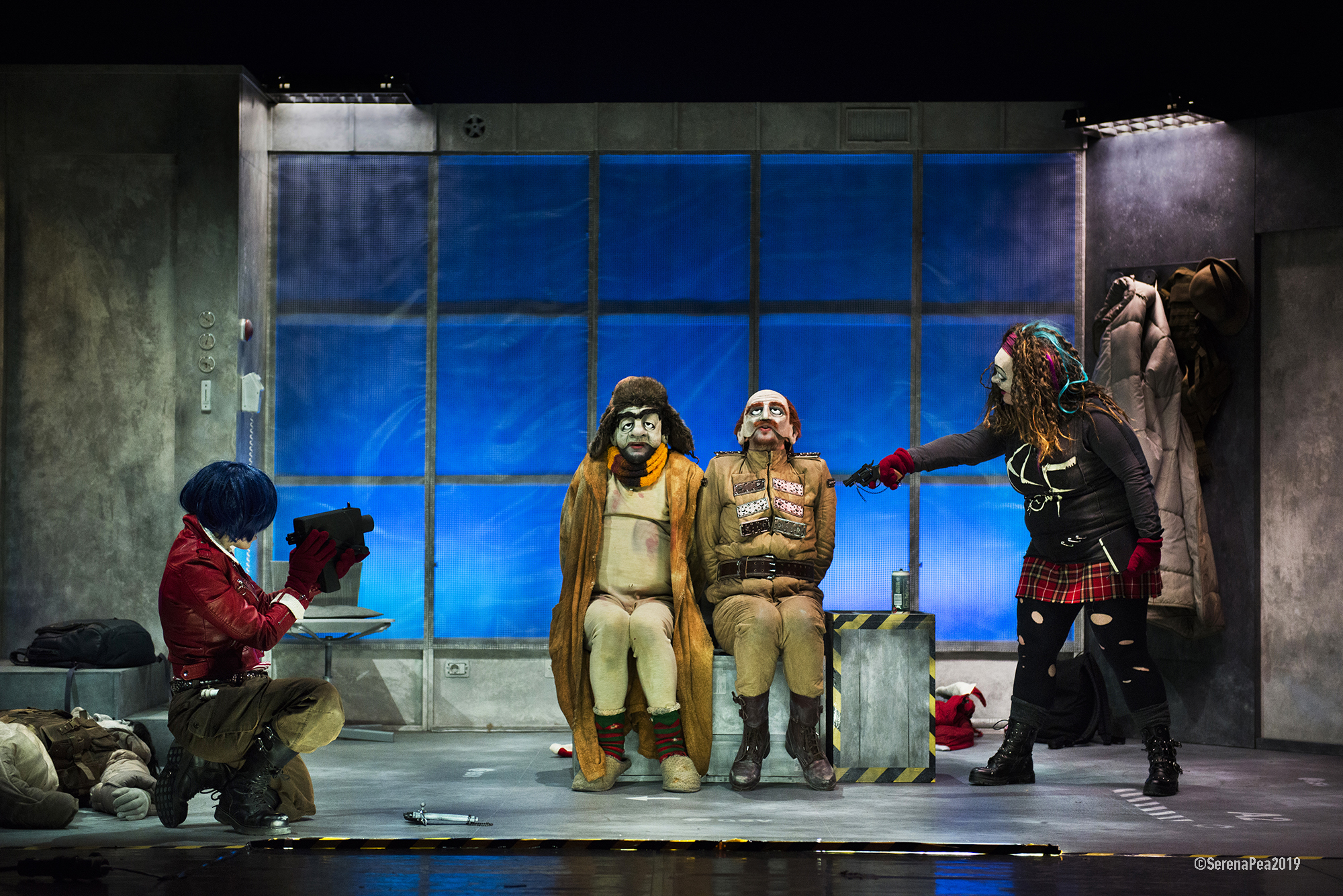 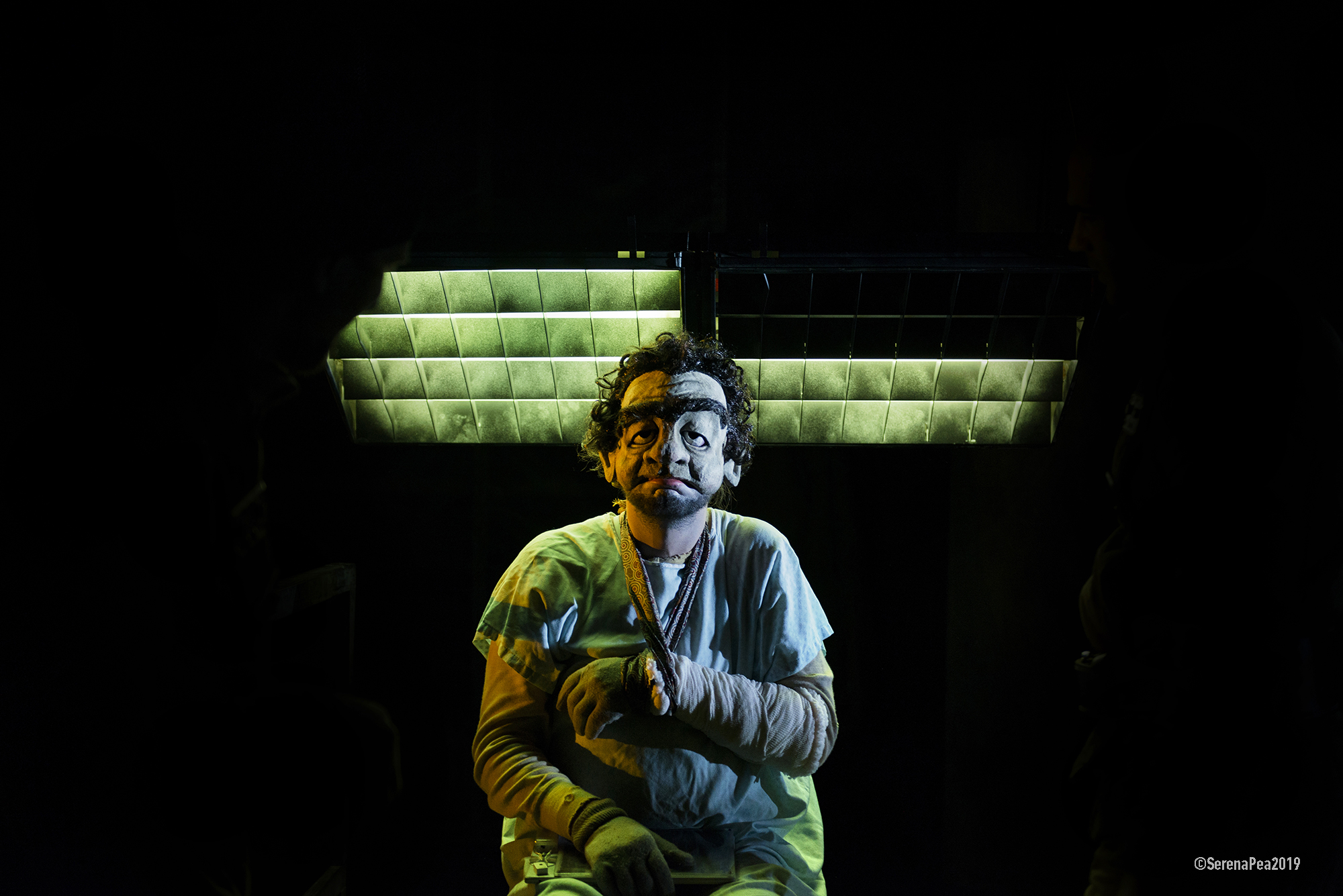 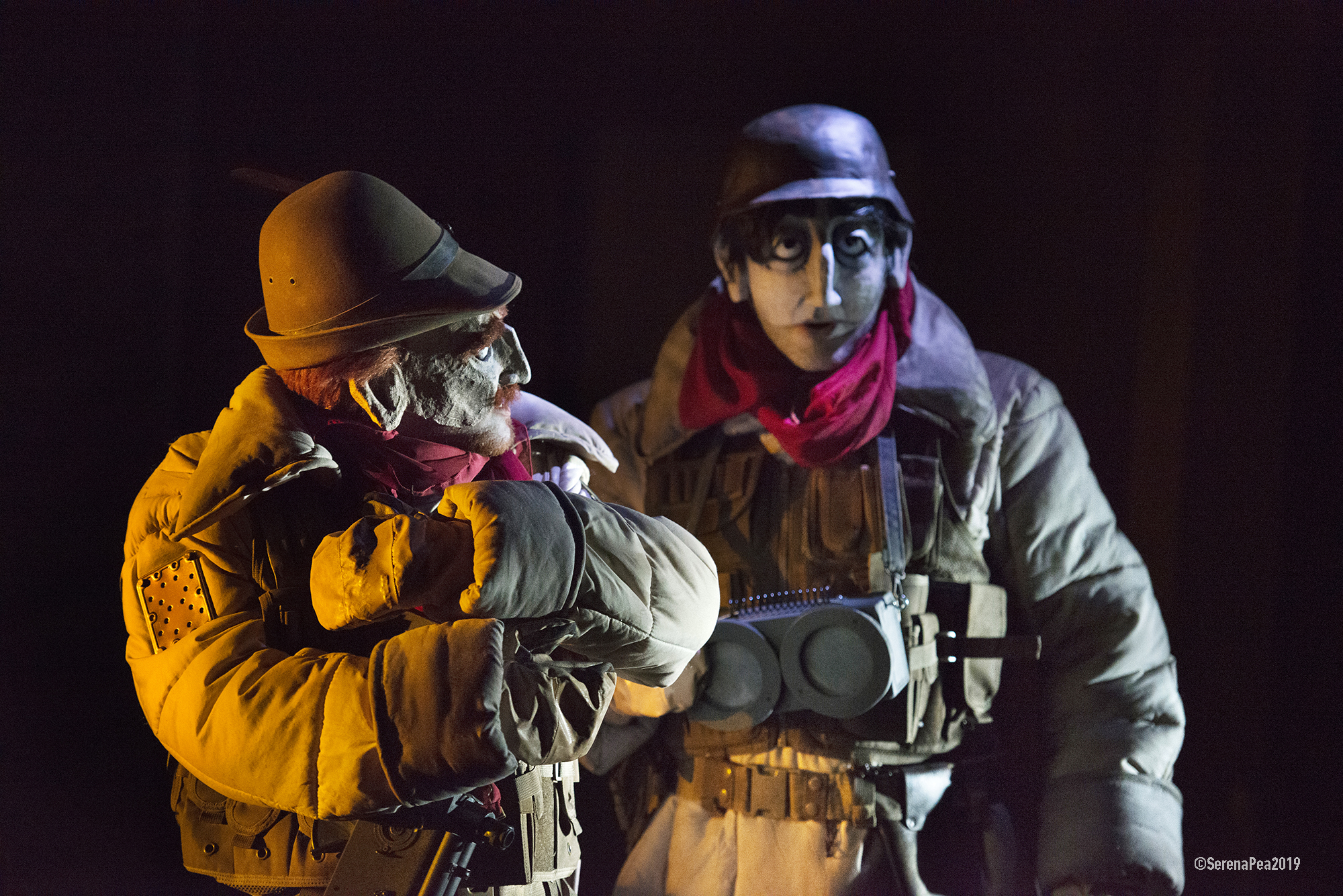 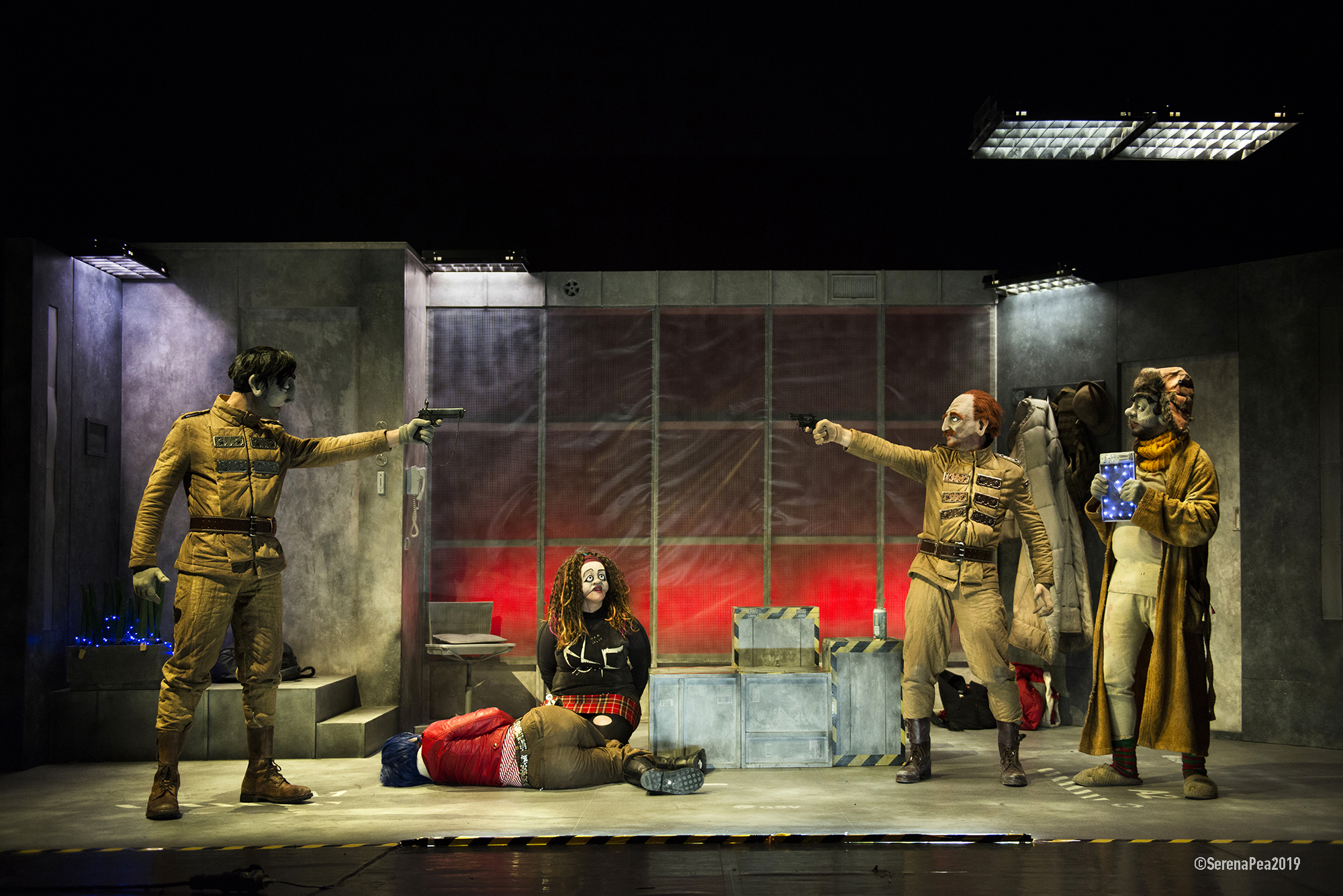 "This is a frozen Garden of Eden, a place where life can be safe forever, whatever happens in the world "

“The show “Seeds” is full of honest and light amusement with many references to politics, to Goldoni's pièce “Le baruffe chiozzotte” and to the modern talk shows. (...) A real breakthrough for Stivalaccio.”
Tommaso Chimenti - Recensito.it

“The game among actors is subtle and very effective, they mix a black imagined chronical to cartoons and to the ancient and recent Italian comedy.”
Antonio Audino - Il sole 24 Ore