The main character in this brilliant pièce is the commedia dell’arte and its most famous Italian mask, Harlequin. Love is the true force behind the action in this original scenario created following the classic rules of the commedia. In this show Love is thwarted, called for, sought, hidden, revealed. Finally it is a universal Love which wins, strong enough to go beyond the world's borders.

Once forced to split from each other, the lovers Isabella and Leandro arrive in Venice ten years later, ready to look for each other and to fall in love again. In the meantime Harlequin courts the servant Romanella, but he is incredibly jealous. Will Love overcome the difficulties among these four main characters?

This is a show for a universal public, played in different languages and dialects, where masks, disguises, duels, songs, music and pantomimes make the plot lively and frothy. 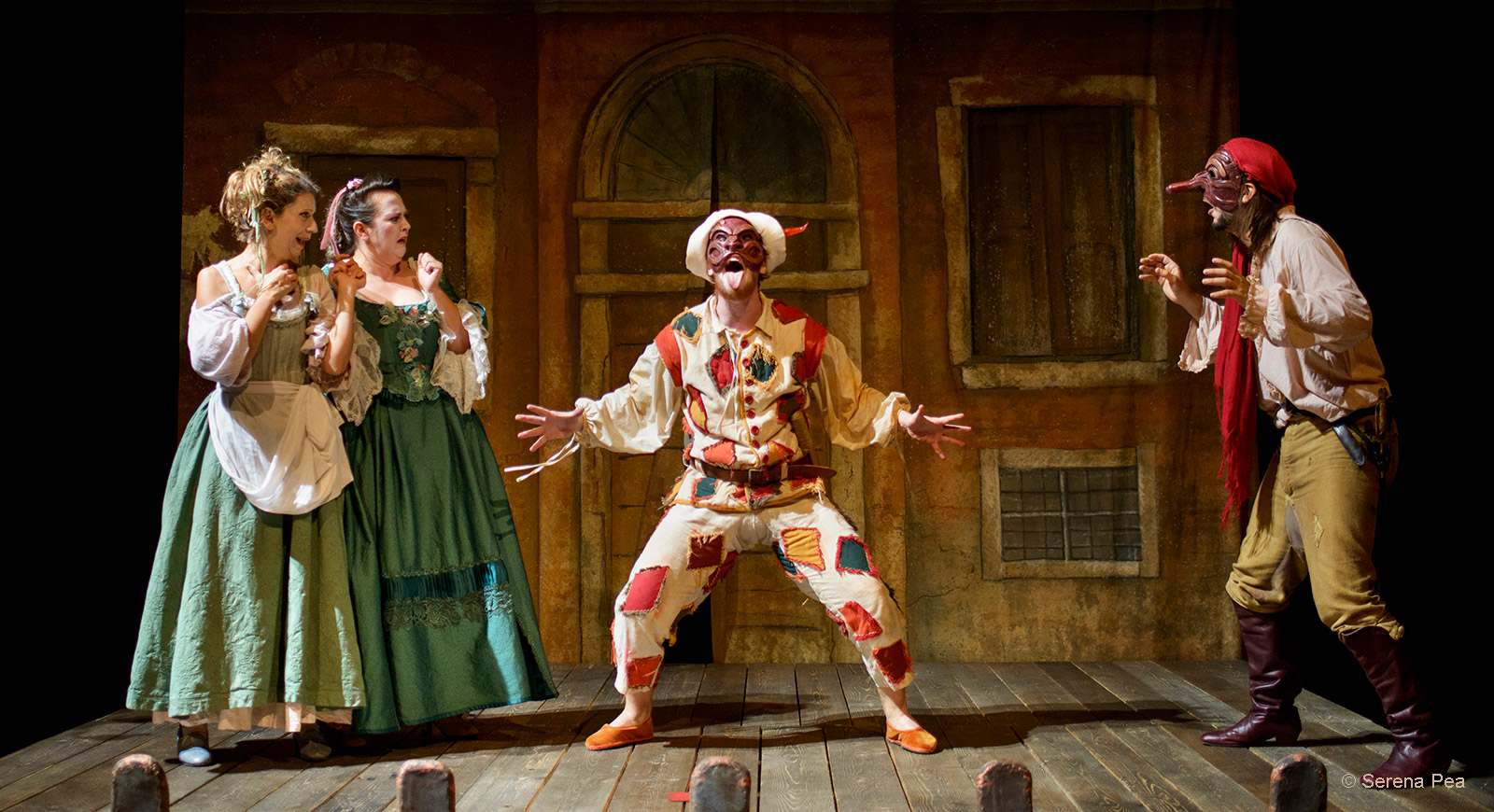 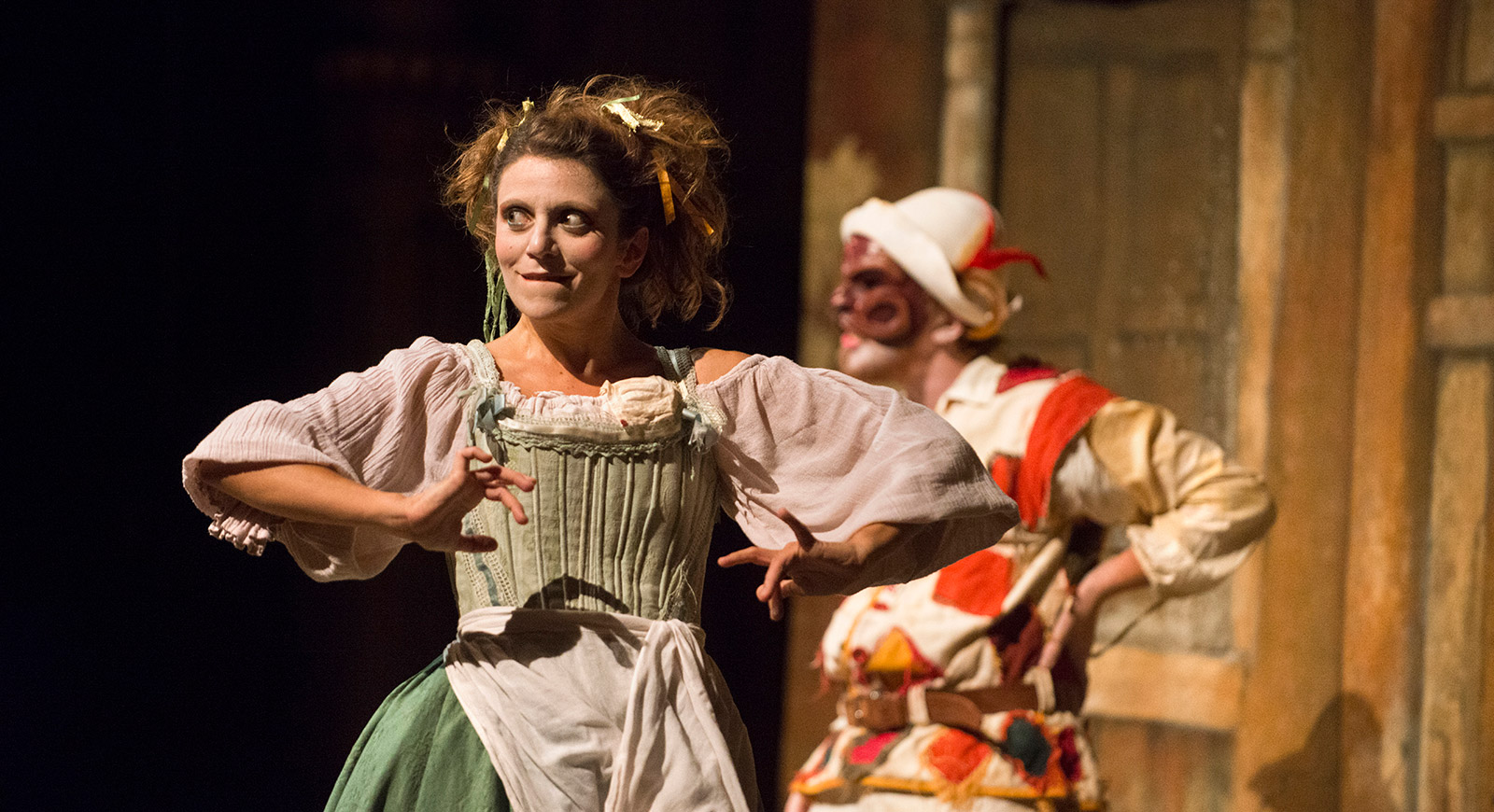 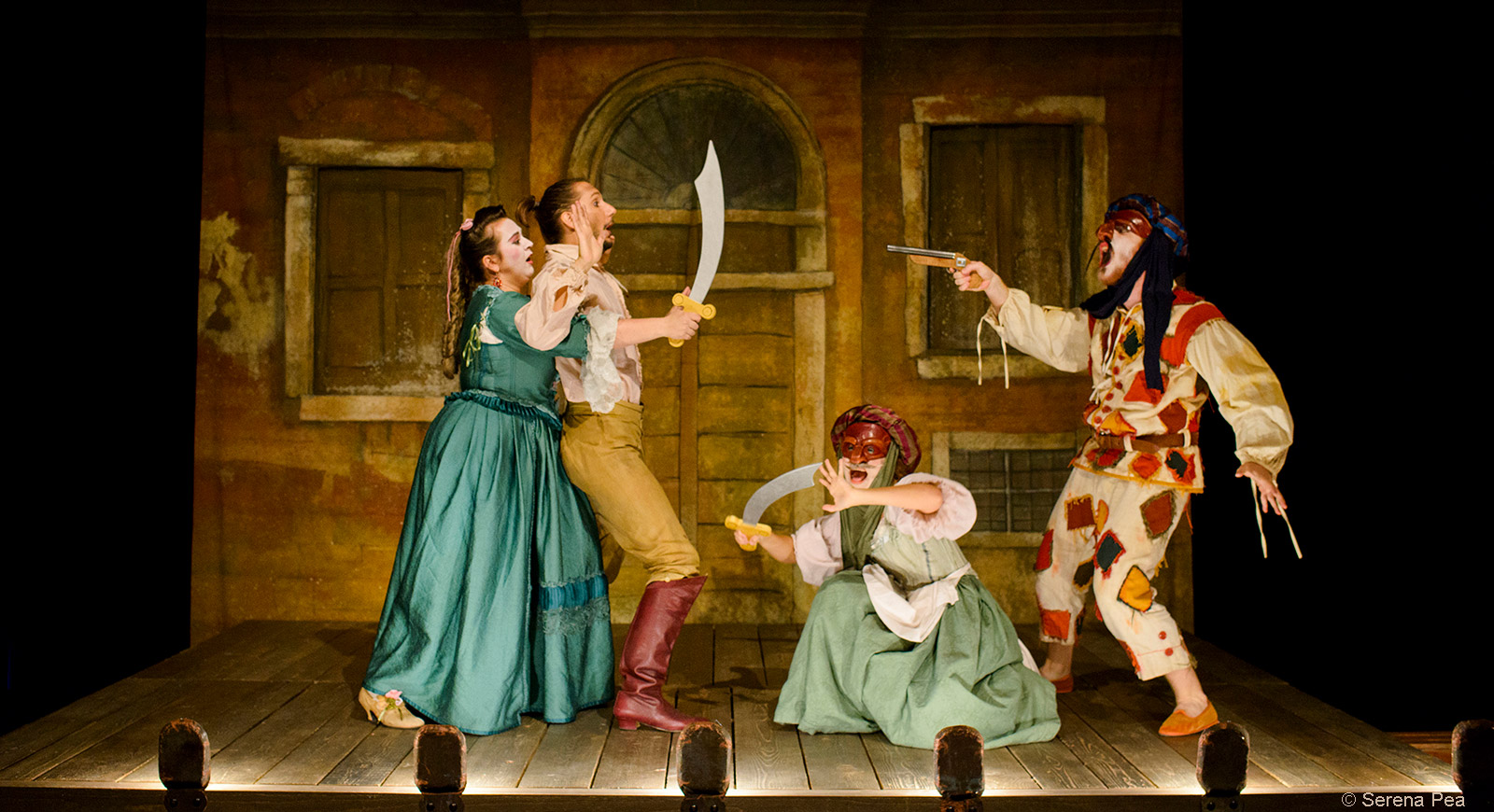 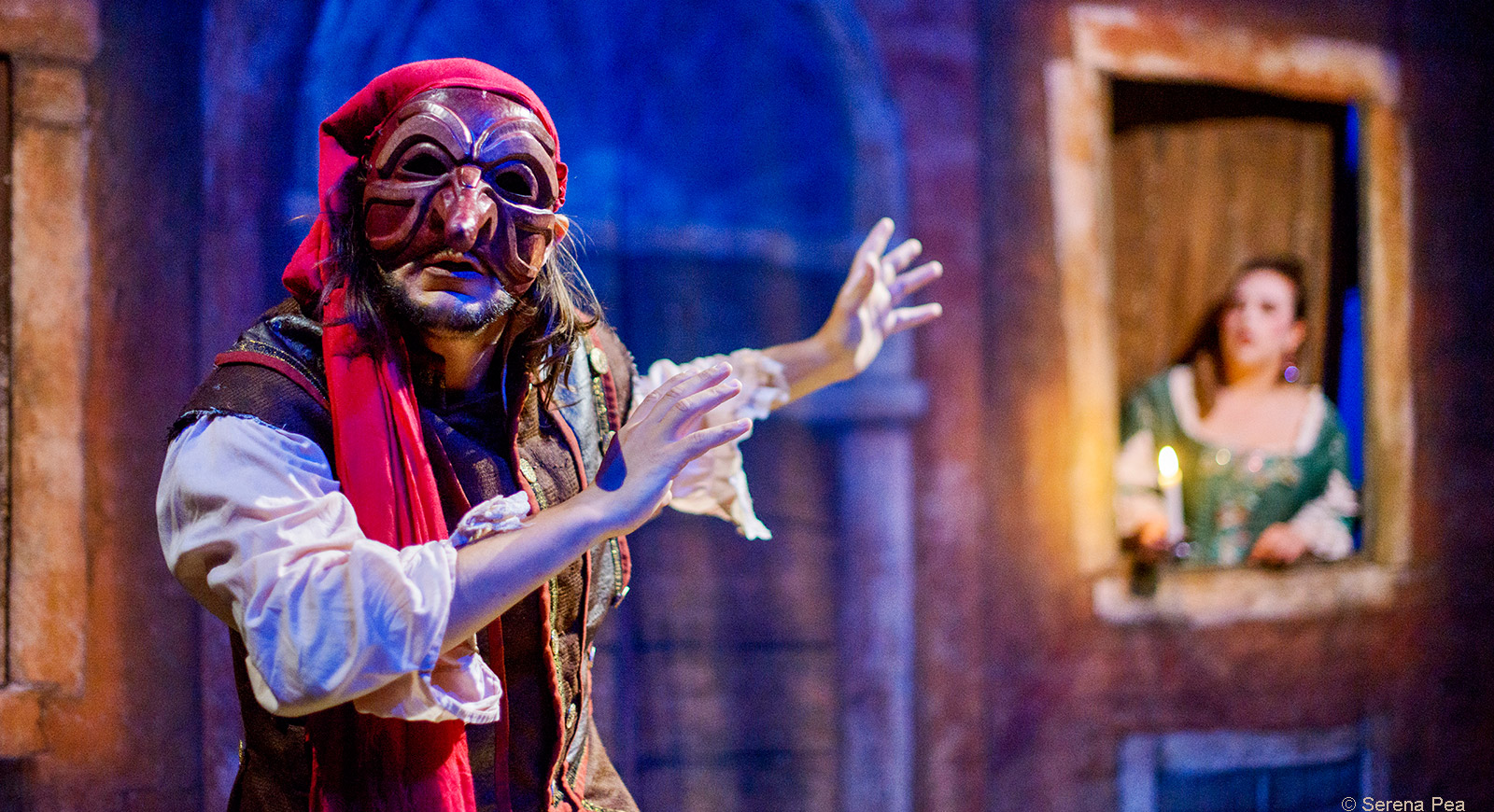 That's how Italian commedia dell'arte is, a play where masks, disguises, duels, songs and pantomimes are the essential ingredients.

“(..) the valiant actors of Stivalaccio Teatro, who are also authors with G. Sangati of the scenario, know well how to do their job. They declared their ability many times last evening in this show where their Harlequin, Mr Fire and Brimstone, plays the game of the commedia dell’arte. It is that magic and simple theatre that has the power to throw you into the universe of fantasy. (...) Among the notes of the accordion played by Veronica Canale, the company brings to the stage a perfectly-oiled machine and the public falls in love with it at first sight.”
A. Agosti - Il Giornale di Vicenza