In its past the Compagnia dello Stivale, a theatre company of Commedia dell’Arte, managed to survive the Inquisition thanks to “Don Quixote” and now, back in the hall of fame thanks to their performance in “Romeo and Juliet”, lives its last adventure in Paris. In fact their long wandering has brought Giulio Pasquati, Girolamo Salimbeni and Veronica Franco (new addition to the company) to the Palais Royal theatre, under the direction of Jean-Baptiste Poquelin, aka Molière.

By now we have reached  the 17th of February 1673.  Rumours among theatre workers say that the forthcoming performance of the “The Imaginary Invalid” may be at risk of cancellation because of Molière’s bad mood. But the Compagnia dello Stivale won’t stand for it! They break into the theatre, claiming their daily salary and they are so stubborn and persuasive that Molière is compelled to surrender. The show must go on!

Moreover a new character arrives at the theatre: Madeleine Poquelin, Molière’s daughter, who has just broken out of the convent where her father cloistered her. Things are getting complicated!

In spite of everything, the play of the hilarious and famous story of the Invalid Argante  begins,  an  old  hypochondriac  man who is wasting all his money on laxatives and bloodletting. Under his nose, his sweet daughter Angelica and Cleante, her young lover, try to build their thwarted love, helped by the smart servant Tonietta, while his second wife Belinda attempts to grab his fortune.

The show seems however very particular because despite the jokes, the improvisations and the grotesque masks of the comedians, the shadows lengthen on the painted backdrop and the candles’ lights seem to go out at first breath of wind.

The Imaginary Invalid is a perfect farce. Thanks to his long experience, Molière creates a perfect theatre machine, sketching characters who are classical and modern at the same time. He stages the strength and the vitality of the young love and he throws into conflict with the passing of time, the biggest fear of the human being.

This is the last journey of the company, once again through the dust of the stage, the ropes, the counterweight.

The whole show is a hymn to life, to laughter, to beauty, sung by these buskers, mixed with a fierce farce and the love for the public. The original text once again becomes a starting line to jump into the universe of Molière where the actors improvise, sing, mime and perform the game of theatre at its finest. So the theatre becomes alive, impromptu and concrete like it has to be in the Commedia dell’Arte, a broken mirror of the human condition. 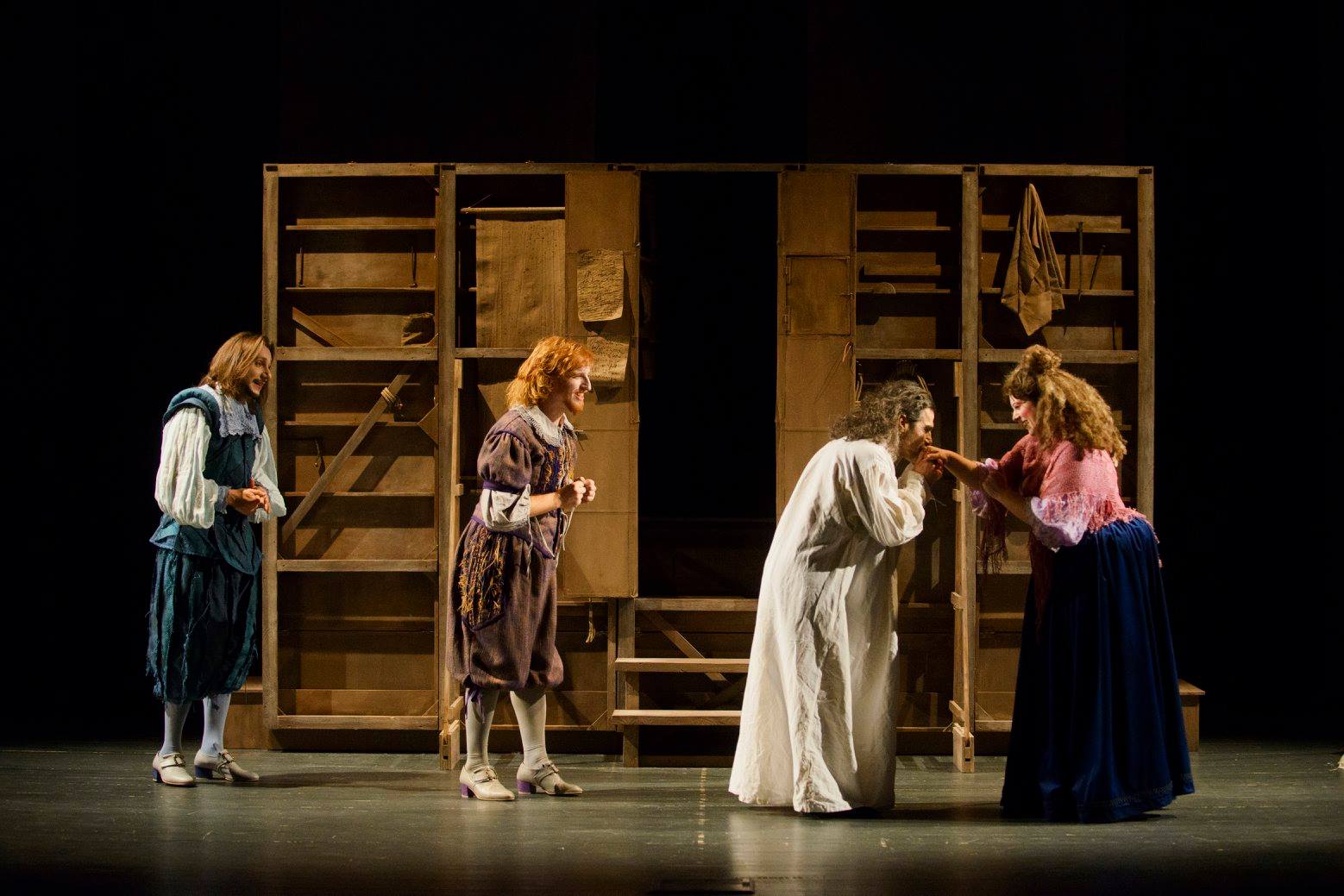 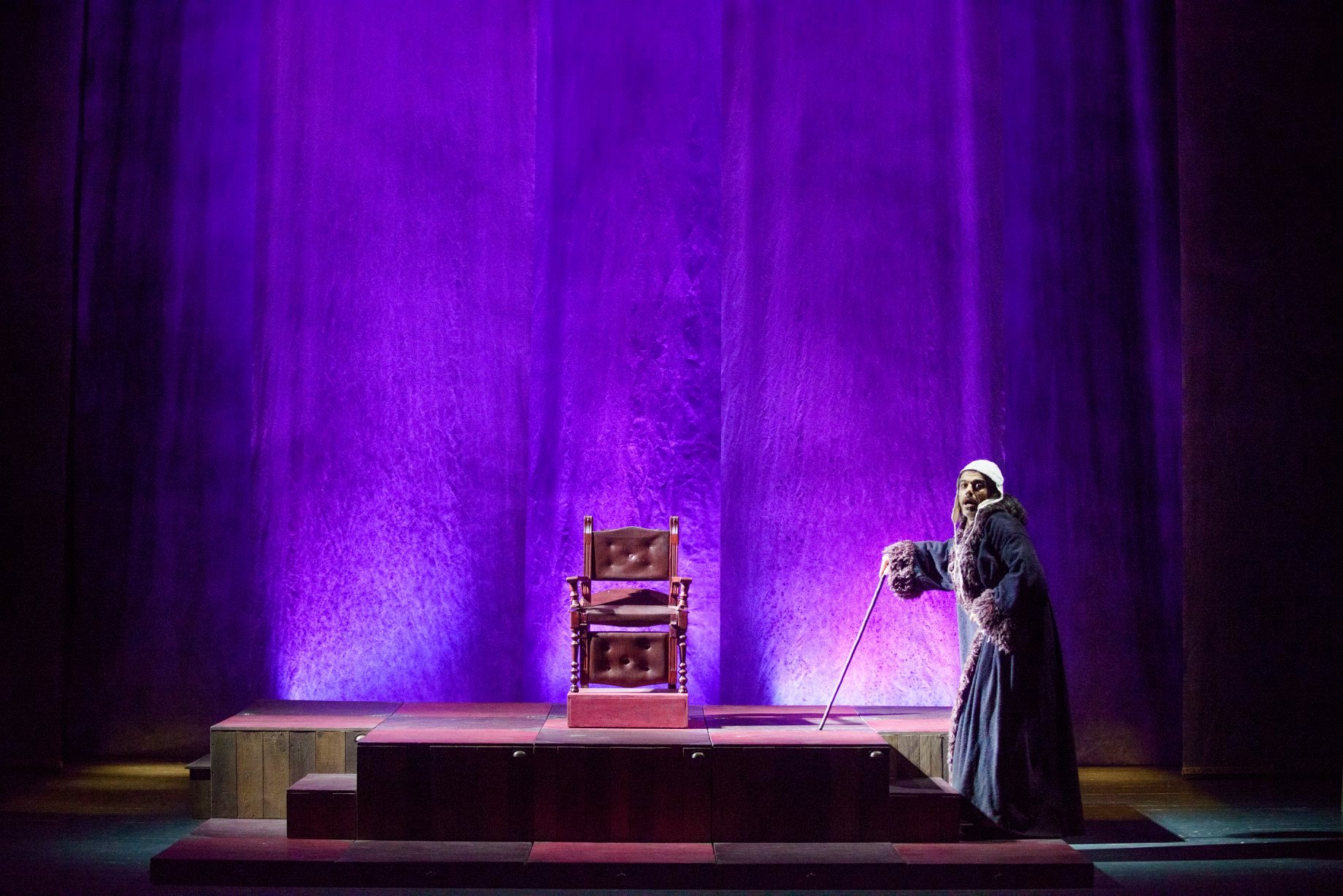 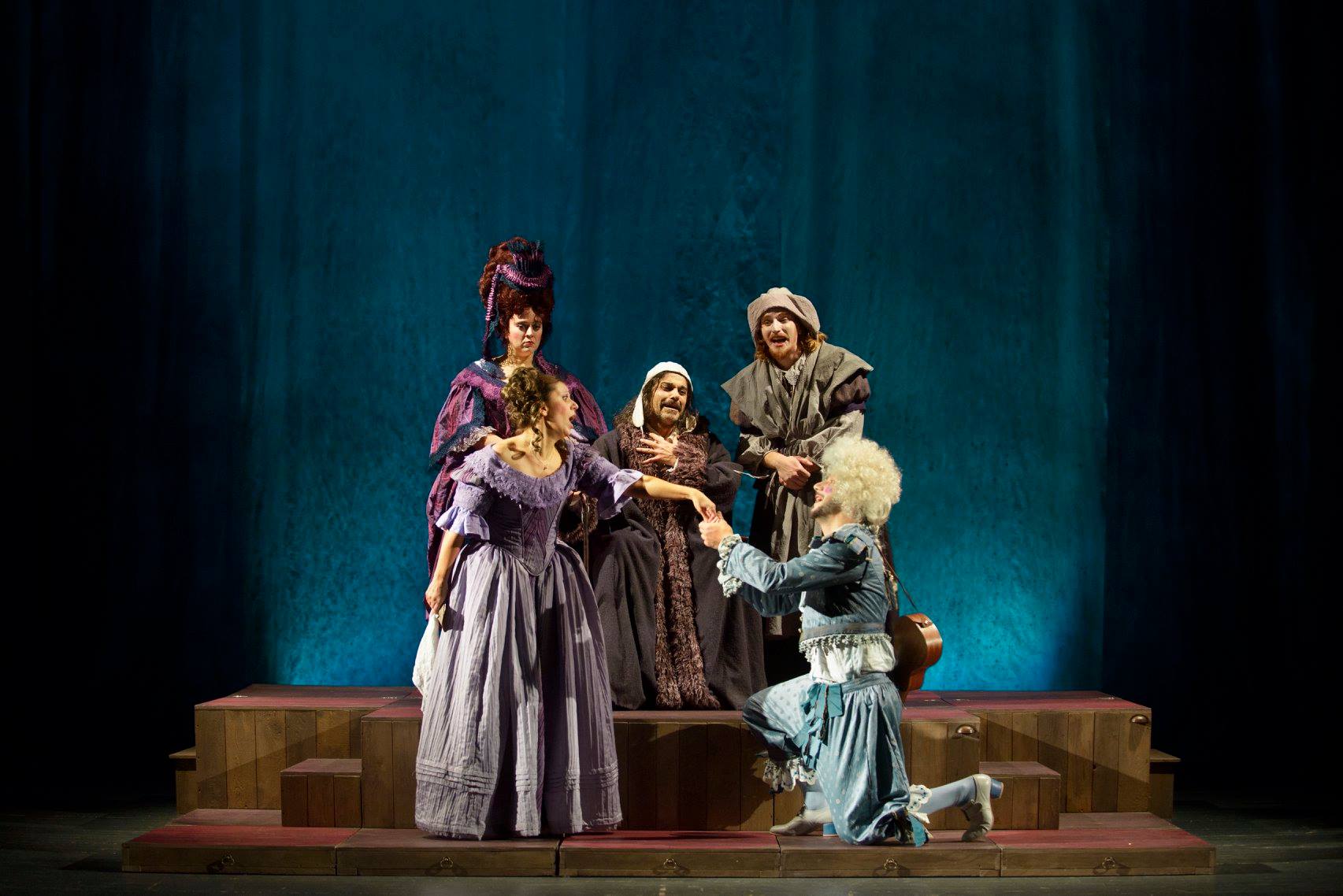 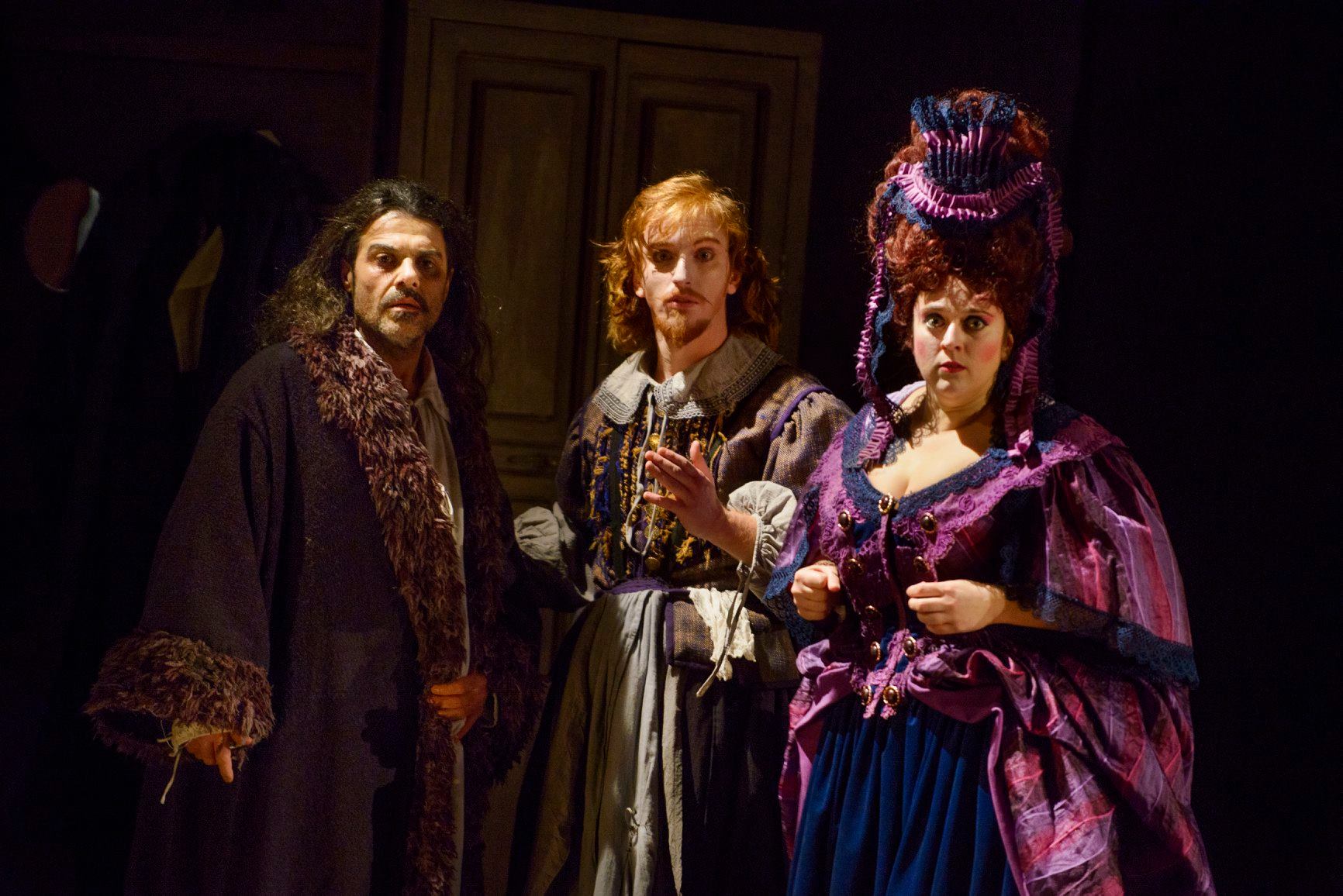 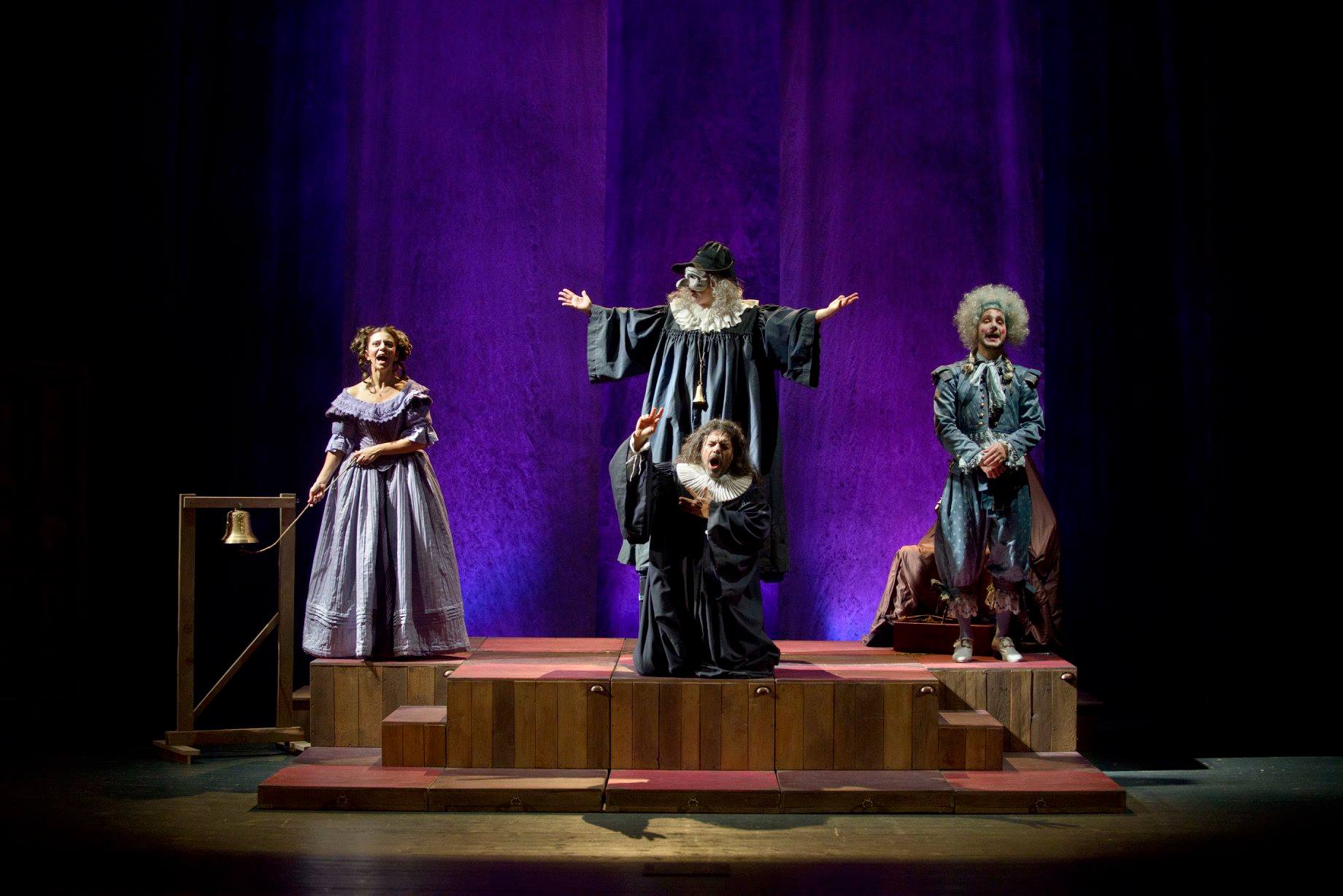 "Alive is the Theatre, when the Commedia lives!"

“Following their ancestor actors of the commedia dell’arte, the actors play between the pièce itself and the staging of it. The interpreters use an equilibrate and incredible gestual and mimic ability and a perfect interaction with the public. It has an impressively high level.”
Antonio Audino - Il sole 24 ore

“The show has a perfect and fast rhythm, a brilliant alchemy among the actors. It reveals a theatre that does not have an end in itself but it is expressed by the joy to offer the public a smile and a good time and the beauty of the applause as a gift and an exchange.”
Tommaso Cimenti - Recensito.it

“The story is really well-played by Sara Allevi, Anna De Franceschi, Michele Mori, Stefano Rota and Marco Zoppello with a perfect rhythm, rich with unexpected actions and with a brilliant ability to communicate. It was very welcomed by the Olympic Theatre in Vicenza and by the public too.”
Antonio Stefani - Il Giornale di Vicenza