A theoretical and practical course on Commedia dell’Arte will be held in the city which has been the main centre of development and diffusion for the artists that generated this long and prosperous theatrical season.

The Masterclass will take place on the Isle of San Giorgio Maggiore where the internationally renowned Giorgio Cini Foundation is located (www.cini.it). The aim of the Foundation’s Institute of Theatre and Opera, which hosts and support the initiative, is to study the history of theatre, actors, opera and dance and the theatrical and musical scenography and iconography, and to promote and spread the culture of live theatre through numberless activities linked to its own archival collections: internationally important publications, exhibitions, and seminars realized in collaboration with Italian and foreign cultural associations.

The course aims to offer students the tools necessary for a physical-performing preparation in the techniques and disciplines related to the Commedia dell’Arte, such as mime, acrobatics, acting, use of the mask, of the costumes and of the performing space. The novelty of the Masterclass however lies in the association of the performance training with a cycle of classes that recount and illustrate the history and development of the Commedia dell’Arte from the 15th to the 18th century, paying particular attention to the figures that determined its absolute success throughout Europe.

The Masterclass will be held for 20 students coming from Theatre Academies and Schools renowned in their own countries or with consolidated studies or professional experience.

The 7-day course will offer practical classes for 5 hours in the morning with the teachers listed below, who will carry out the sessions in 3 consecutive days, and then in 2 succeeding cycles. Theory classes will be tought in the afternoon by the main scholars of the sector; each of these will last 2 hours and will be simultaneously translated into English. Enrolment of participants is on the morning of the first day, Monday 26th August, and in the afternoon there will be a lesson on Commedia dell’Arte history. 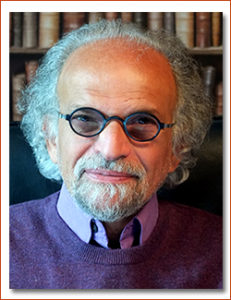 educator, teacher and director, studied with Jacques Lecoq, and became his assistant and colleague for 10 years. A Professor of acrobatics, he later became a teacher of movement analysis, and the study of movement. In 1983 he created his own school in Brussels, which is called today École International de Theatre Lassaâde. He directs the school with his wife, Silvie Richir, fine-tuning new acting styles such as “mimodynamics” and the “silent cinema” style and then extending his attention to the voice potential. Saïdi’s work has always been characterised by a continual curiosity and exploration which opens out to all fields of the art of acting, reaching the point of analyzing also the relationships with the text and dramaturgy. In this vast field of interest, he succeeded in deepening the techniques related to the use of the mask, both neutral and expressive, and the Commedia dell’Arte which became his specific field of teaching. 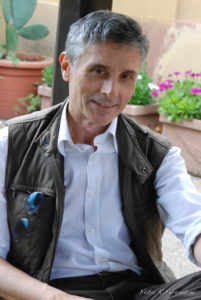 Student of mime master Etienne Decroux
Michele Monetta teaches mask and corporeal mime at the Italian National Academy of Dramatic Art Silvio d’Amico in Rome. He teaches acting and commedia dell’arte at choreographer Maurice Béjart’s École-Atelier Rudra dance school in Lausanne, Switzerland. He also teaches dramatic movement education at the theatre school of the Teatro Nazionale di Napoli in Naples.
From 2013 to 2016 he was a member of the Academic Council of the Italian National Academy of Dramatic Art Silvio d’Amico in Rome.
Michele’s studies in the figurative arts and later in architecture at the University of Naples Federico II, sparked a special interest in set design and in the study of the body and movement in space. Following years of training in diction, clown and pantomime at the MimoTeatroMovimento theatre school, he moved to Paris where, for almost three years, he studied corporeal mime with French master Etienne Decroux.
While in Paris, he also trained in corporeal mime at the École de Mime Corporel Dramatique de Paris with master teachers Steve Wasson and Corinne Soum and in dance, balancing and clowning at the École National du Cirque Fratellini.
Since 1976 he has been working as director, actor, mime artist and choreographer in theatre productions based on texts by Goldoni, Gozzi, Piron, Beckett, Rodari, Lorca, Rilke, Petrolini, Compagnone, Artaud, Scabia and Mayakovski, as well as in operas by Stravinsky, Rossini, Offenbach, Mozart, Cimarosa, Paisiello, Jommelli, Donizetti, Pergolesi, Monteverdi, Lucchetti and Banchieri. In the 1990s he trained in theatre pedagogy with Monika Pagneux. He also worked with the following stage directors: Vera Bertinetti, Giacomo Battiato, Giancarlo Cobelli, Ruggero Cappuccio, Ugo Gregoretti, Peter Clough, Ken Rea, Dino Partesano, Constantin Costa-Gavras, Mariano Rigillo, Lorenzo Salveti, and with musicians, Salvatore Accardo, Riccardo Muti and Roberto De Simone.
He has also collaborated as director with the Education Department of the National Archaeological Museum of Naples. He worked as stage movement director, mime artist and stage director at the Teatro di San Carlo in Naples, Teatro alla Scala in Milan, Teatro Comunale of Bologna, Teatro Vittorio Emanuele opera house in Messina, Rossini Opera Festival in Pesaro, Teatro Sociale opera house in Rovigo, Teatro Francesco Stabile in Potenza, the Teatro dell’Aquila opera house in Fermo, the Yusupov Theatre in St. Petersburg, the Festival dei Due Mondi in Spoleto and the National Theatre of Strasbourg.
Since 1991 he has been collaborating with Prof. Marco De Marinis and the Department of Arts, Music and Performing Arts (DAMS) of the University of Bologna to lead seminars, workshops, video and discussion sessions and conferences. He has also led corporeal mime workshops in Eugenio Barba’s Eurasian Theatre study sessions.
He has worked as director, actor and teacher in Italy, France, Switzerland, Hungary Poland, Russia, Greece, Spain, Lithuania, The Netherlands, Belgium, Indonesia and Malaysia. Since 1999, he is co-founder and co-artistic director of the International Centre for Research on the Actor.

The registration fee amounts to €600.00, inclusive of the participation in the practical and theoretical formation course, and the viewing of the show as programmed.

For a week, the students may make use of comfortable accommodations in single or double rooms at the Residenza Vittore Branca of the Giorgio Cini Foundation, at the cost of €400.00 for a single room or € 600.00 for a double room (€300.00 per person).

The costs related to board and lodging are not included in the enrollment fee.

At the end of the course, participants will be issued a diploma certifying their attendance in the Masterclass.

In the evening of Sunday, 1 September in the “Lo Squero” Auditorium on San Giorgio Maggiore island, I segreti di Arlecchino by and starring Enrico Bonavera will be staged. Entrance is free for the Masterclass students.

The project was conceived and curated by

Antonio Audino and Federico Corona with the Istituto per il Teatro e il Melodramma of the Giorgio Cini Foundation.
Organization by Stivalaccio Teatro.

Antonio Audino, curator of the theatre programmes of Rai Radio3 and theatre critique of the daily paper "Il Sole 24 Ore", was for several years a teacher of Theatre Methodology and Critique at the University of Rome 2 - Tor Vergata. Many of his works have been published.

Federico Corona is currently director of Stivalaccio Teatro and Art Director of the Teatro Civico of Schio, and has engaged in theatre organisation and programming for Arteven, Operaestate Festival and Teatro Comunale di Vicenza.

The registration fee amounts to € 950.00, inclusive of the participation in the practical and theoretical formation course, and the viewing of the show as programmed.

In their entry form, applicants may indicate their request to lodge at the Vittore Branca Residence of the Giorgio Cini Foundation at EUR 800.00 for a single room or EUR 1.200 for a double room (i.e. EUR 600.00 per person).

The entrants will also have the possibility of enjoying lunches at special prices at the San Giorgio Café on the Island of San Giorgio Maggiore.

Costs for board and lodging are not included in the registration fee.

For a week, the students may make use of comfortable accommodations in single or double rooms at the Residenza Vittore Branca of the Giorgio Cini Foundation, at the cost of € 800.00 for a single room or € 1.200.00 for a double room (€ 600.00 per person). 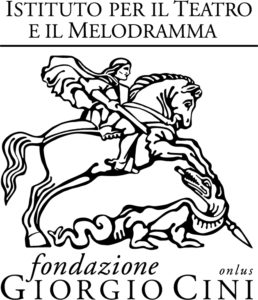 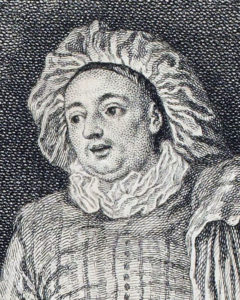